Well, grandparents are probably the closest loves ones to their grandchildren however the parents definitely have more legal rights over their children. In the critical medical scenario when the parents are not around the grandparents can have the authority for the medical treatment of grandparents. However, having legal authorization from the parents of the kids is still considered best in legal affairs. 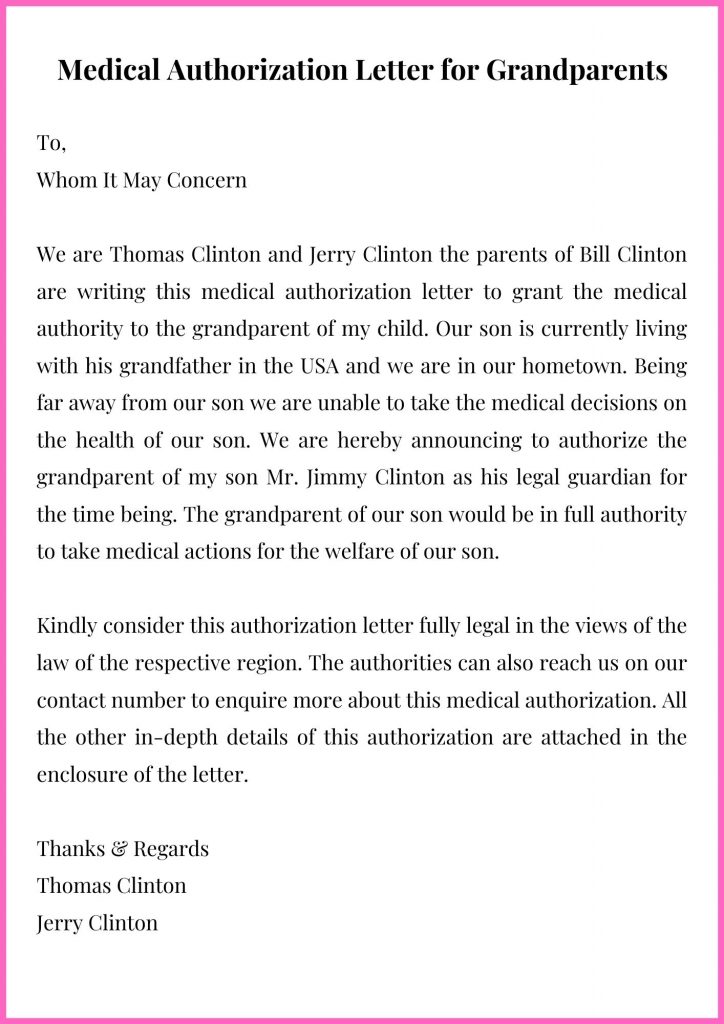 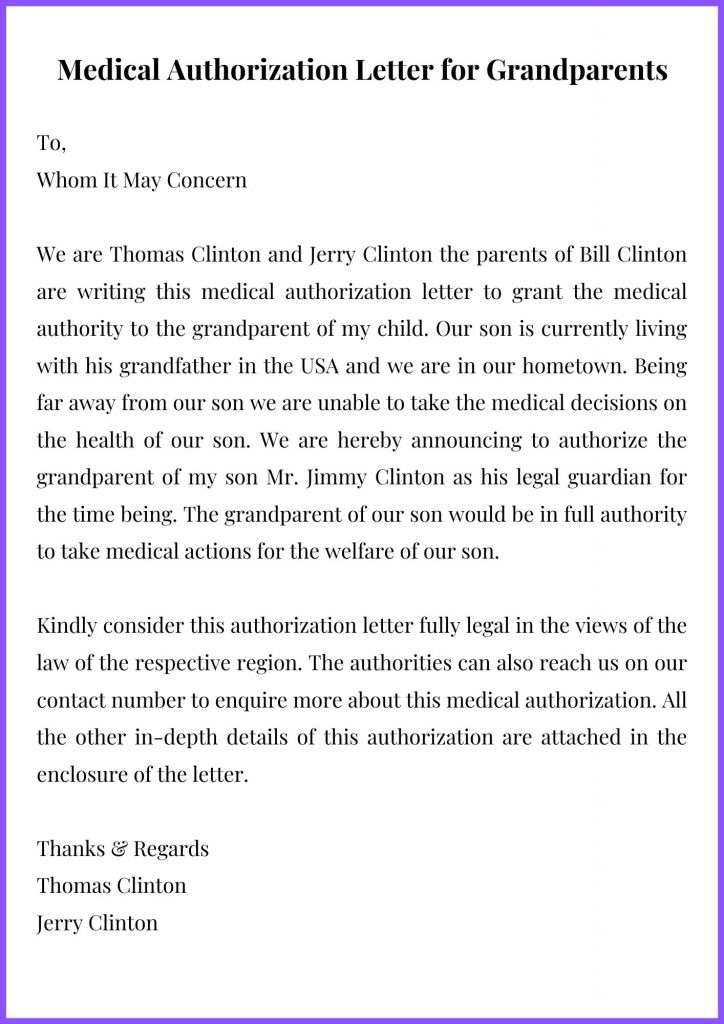 How to Write Medical Letter of Authorization for Grandparents

We urge you to understand and follow all these points carefully to draft this letter effectively.

To, Whom It May Concern

Kindly consider this authorization letter fully legal in the views of the law of the respective region. The authorities can also reach us on our contact number to enquire more about this medical authorization. All the other in-depth details of this authorization are attached in the enclosure of the letter.

So, this is the standard sample of the medical authorization letter for grandparents. We, therefore, believe that letter would be the guiding source for the parents to draft their own letter.